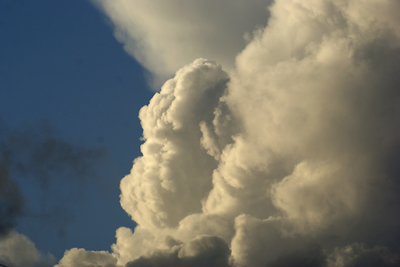 Most of us can cite chapter and verse of the latest crisis of systemic violence. We know well the pandemic of violence around us–racism, mass incarceration, police brutality, sexism, corporate greed, starvation, homelessness, poverty, gun violence, executions, wars, nuclear weapons, and environmental destruction.

What we can’t recite is the antidote—the methodology of active, creative nonviolence which can be applied to any and every social ill, as well as our hardened hearts, to steer us toward a most just, more peaceful, more nonviolent world.

In my book The Nonviolent Life, I propose a simple framework to nourish and cultivate nonviolence in our lives and world. Nonviolence, I submit, requires three simultaneous attributes—you can’t do just one, you have to pursue all three simultaneously.

Many of us are committed activists, for example, but we’re terrible at practicing nonviolence toward ourselves or those around us. Others of us cultivate inner peace and are peaceful to those around us, but don’t life a finger to serve the homeless, fight injustice, or speak out against war and environmental destruction. In this way, we are not just part of the problem; we are the problem. Our silence is complicity with systemic violence and injustice.

As the world’s violence worsens, our nonviolence has to deepen. Jesus calls us to practice his holistic, total nonviolence–the height and breadth and length and width of nonviolence as universal love, universal compassion, universal peace, to non-cooperate with every trace of violence within us and in the culture and give our lives not just resisting systemic violence but working for a new culture of nonviolence, disarmament, justice for the poor and peace.

Some of us are steeped in violence, raised in violence to be violent toward everyone, beginning with ourselves. The journey toward interior nonviolence begins with non-cooperating with our own inner violence.

We don’t want to be wounded wounders, as Henri Nouwen taught, but wounded healers. So we are gentle with ourselves, and practice self-care and self-compassion. As activists, we have to be especially mindful.  When we take to the streets and engage the culture, if we are not on our game, our lingering inner violence can be triggered, and we don’t want that. So we practice daily meditation, mindfulness, and self-reflection, to cultivate inner peace and deepen our nonviolence in order to be better public peacemakers.

Nonviolence Toward All People, All creatures and All Creation

While we deepen in interior nonviolence, we want to sharpen our interpersonal nonviolence. From now on, we try to be meticulously nonviolent toward everyone we meet.

That sounds good on paper, but it’s devilishly hard. We’ll never be perfectly nonviolent; we’re all experts in violence. But as followers of the nonviolent Jesus, we try to be nonviolent to everyone–our families, our children, our parents, our neighbors, our coworkers, and everyone in our community. We try not to hurt anyone and but to live, speak and act within the boundaries of nonviolence. So we forgive all those who hurt us, drop all our resentments and anger, try to outdo one another in loving kindness, and widen our circle into the beloved community. As we deepen our interpersonal nonviolence, it can open our hearts into universal love, universal compassion and universal peace—that is, universal solidarity with the human family, which Gandhi taught was the heart of nonviolence.

That’s why we attend especially to those who push our buttons, those who might provoke us. Oddly enough, they become our teachers. They expose our violence and show us our need to deepen in nonviolence. So the difficult people in our lives become a great blessing as they help us experiment with and practice nonviolence, patience and unconditional love.

As our nonviolence widens, we try to be consciously nonviolent toward all creatures. That means, for starters, we have to become vegetarians. We try to be nonviolent to Mother Earth in every way possible, so that we are in greater solidarity with all creation in this time of climate crisis.

Nonviolence as Participation in the Global Grassroots Movements

While we practice nonviolence toward ourselves, all people, all creatures, and Mother Earth—we also join and support the global grassroots movements of nonviolence for justice, disarmament and environmental sustainability. This is essential; otherwise, our nonviolence is passive complicity with the structures of violence.

Nonviolence is a political methodology of social change that always works, if it’s tried. That’s how positive social change has always worked–through bottom up, people power, grassroots movements of nonviolence. With humanity on the brink of global destruction through permanent war, extreme poverty, nuclear weapons and climate crisis, we need to build a global grassroots movement of nonviolence for global justice, disarmament and environmental sustainability the likes of which the world has never seen. That means, every one of us needs to join in and do our part.

If everyone gets involved, the grassroots movement will grow and become contagious. With the power of engaged nonviolence, we can wear down even the most entrenched structures of violence and empire, because nonviolence is the methodology of God. As we experiment publicly in organized movements, we discover that Dr. King was right: we are not powerless. Nonviolence is power, a methodology for social transformation.

A recent book, Why Civil Resistance Works: The Strategic Logic of Nonviolent Conflict by Erica Chenoweth and Maria Stephan, documents how, over the last century, nonviolent movements were far better at mobilizing supporters, resisting regime crackdowns, creating new initiatives, defeating repressive regimes and establishing lasting democracies. Their book conclusively proves through exhaustive social science that nonviolence can transform even the bleakest political reality if it is wielded wisely in organized grassroots movements.

As I reflect on the challenge of living and practicing nonviolence, I find hope that all of us can become more peaceful and nonviolent to ourselves and one another, and like Dorothy Day, Gandhi and Dr. King, we too can contribute to the disarmament of the world.

More, nonviolence helps us better understand Jesus. That’s why I recently founded “The Beatitudes Center for the Nonviolent Jesus,” (www.beatitudescenter.org) to teach that Jesus was nonviolent and help Christians become more nonviolent.

Through the lens of nonviolence, the scandal of the Gospel makes sense: that God is nonviolent, that to be human is to be nonviolent, and that we are headed toward a new realm of total nonviolence.

With nonviolence, even the good news gets better.